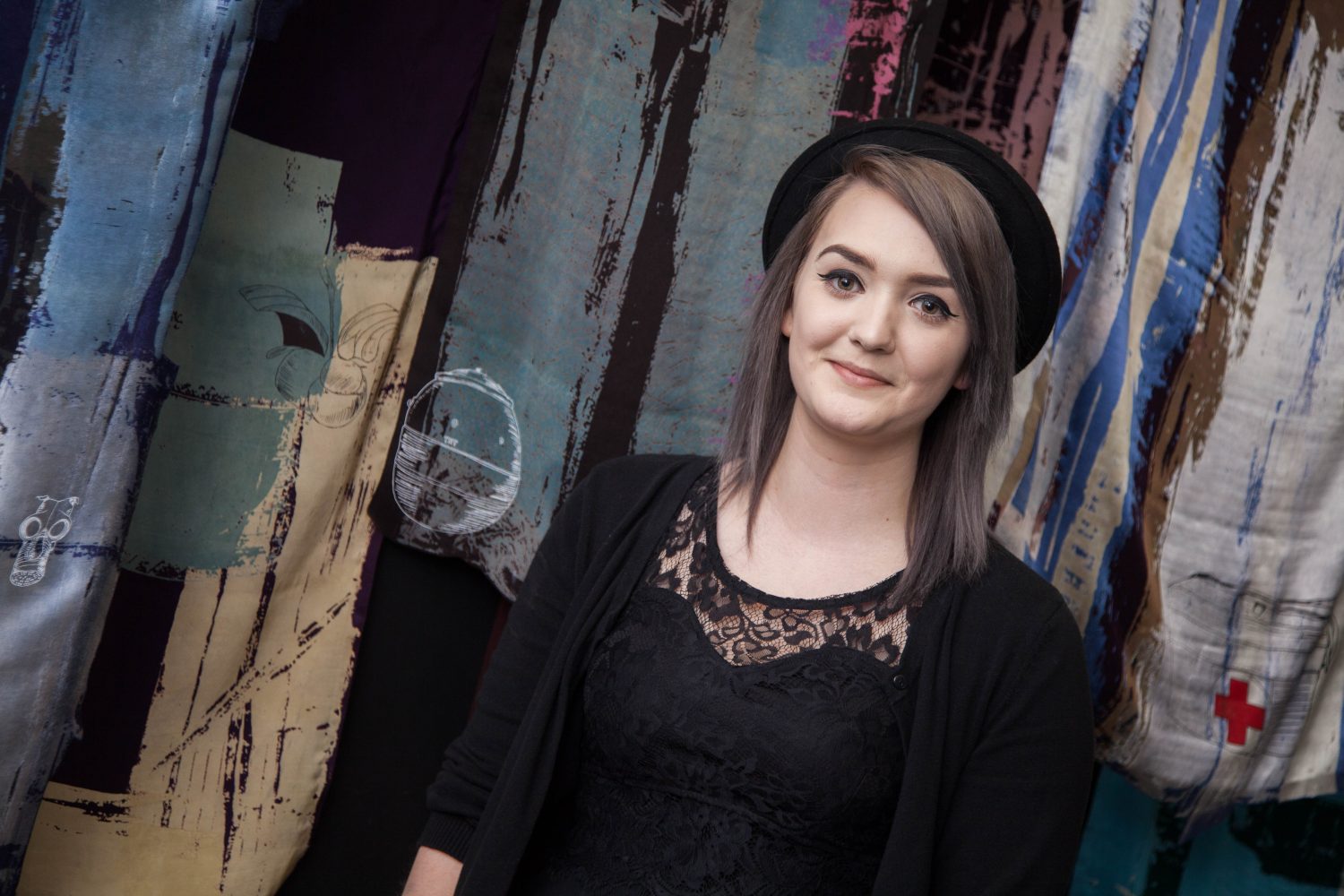 The cream of the north east‘s young artists and designers put their talents on show at the opening night of the degree show at Cleveland College of Art & Design’s (CCAD) university-level campus in Hartlepool.

Students exhibited their works from ten degree courses at an exhibition at the leading specialist art and design college, including fashion, fine art, illustration and creative film. The work from the talented young creatives is now on display in Hartlepool until Saturday 11th June.

As part of the exhibition, which is now a popular regional event, visitors can experience a huge array of works, including costumes, wallpapers, clothing, prints, films and illustrations.

On her final major project, she said: “I chose to focus on the concept of ‘wartime’ because I have grown up listening to my grandfather telling me stories about his own experiences during World War II, such as how he, along with his two sisters, were shot at by a German Dornier aircraft.

“I take inspiration from historical objects and I love to visit museums, so my designs often have an alternative edge and feature vintage imagery, which I then combine with a drawing inspired by etching.”

After graduation, Kelly hopes to continue her designs, specialising in hand printed surface design and her love of screen printing. She will be showcasing her work at New Designers 2016 this summer, where over 3,000 of the most promising graduate talents from Britain’s leading design courses exhibit.

Pat Chapman, Head of Employability and External Relations, said: “The Graduate Show is a celebration of the students’ creativity and shear hard graft. For them it is not the end but the launch pad for their careers. Every year the Show is different and wonderful but this year is particularly special as it shows the work of the first groups of students to graduate from several of our BA (Honours) degree programmes. CCAD students don’t just show their work in Hartlepool – some are just back from New York, fashion and illustration students are just about to exhibit in London.”