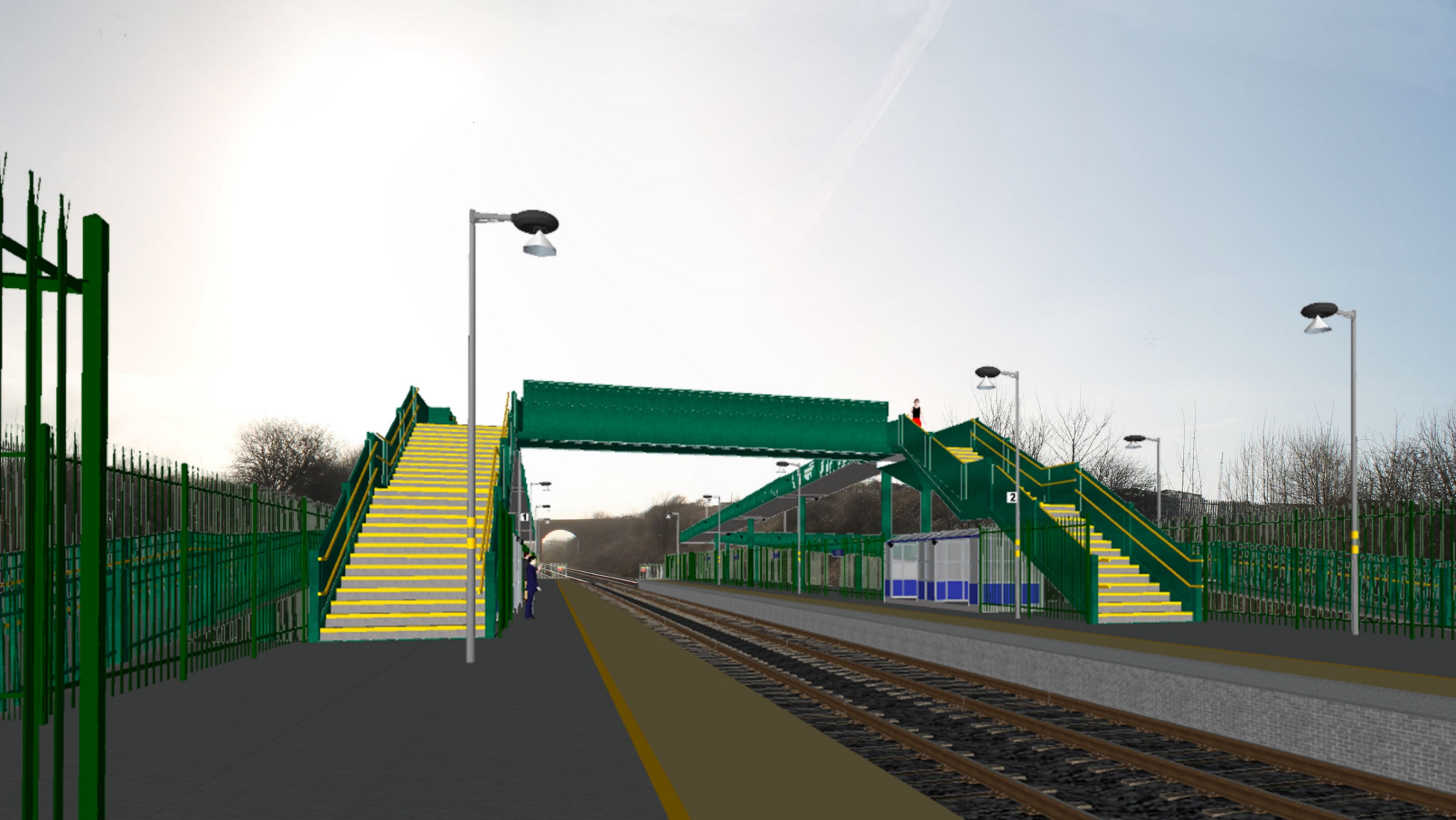 Plans to build a new £10.55 million railway station in east Durham have been given the go-ahead.

The scheme, at Horden, near Peterlee, will see the creation of two 100 metre platforms connected by an accessible footbridge, shelters, a 139-space car park and bus stops. A new access road, footpath and cycleway will also be created.

Initial work is due to start during the next few weeks, with the station expected to open to passengers in spring 2020.

Durham County Council has been working closely with Network Rail on the project, which will be funded by the authority, with £4.4 million from the Department of Transport’s New Stations Fund and a grant from the North East Local Enterprise Partnership.

Cllr Simon Henig, Leader of Durham County Council, said: “The new station will significantly improve transport links in the east of the county, providing a boost to the economy and widening employment opportunities for local residents.

“It has been a long time in the making with a lot of hard work involved so it is particularly pleasing that work can now start on a project that will also have knock-on benefits for the wider county.”

Rail Minster Andrew Jones said: “This is another success story for the government’s New Stations Fund and further demonstrates our commitment to delivering better journeys across the north. Alongside major investment in the £2.9 billion Transpennine route upgrade and the £780 million East Coast mainline upgrade, this new station will improve journey times and connections across the region.

“I look forward to seeing the new Horden station providing much-needed new rail links for passengers and a boost to the local economy.”

The station will link Horden into the local and regional national train network, with trains stopping hourly in both directions.

A public consultation on the plans in 2016 saw almost 1,400 responses with 98.6 per cent of those who took part saying they would use the station.

Rail industry projections anticipate more than 70,000 passengers could use the station, on South East View, each year.

Rob McIntosh, Route Managing Director for Network Rail, said: “We are delighted to be working with Durham County Council, North East Local Enterprise Partnership and the

Department for Transport on the design and delivery of the new station for Horden, which will bring significant benefit for passengers and to the community.

“This vital project will make sure we can continue to provide a railway which meets the needs of the communities and economies we serve.”

Pete Myers, stakeholder manager at Northern Rail, said: “We are thrilled to be supporting the opening of Horden Peterlee train station. The new station will not only improve the transport offering in the local area but will also provide a useful transport link for residents who work in Newcastle, Sunderland, Hartlepool and Teesside.”

Helen Golightly, Chief Executive of the North East Local Enterprise Partnership, said: “It is good news to hear that the development of Horden Station is moving to the next stage. The North East LEP has contributed £3.34m of local growth funding to improve the connectivity for East Durham residents and businesses to link directly to the national rail network.”