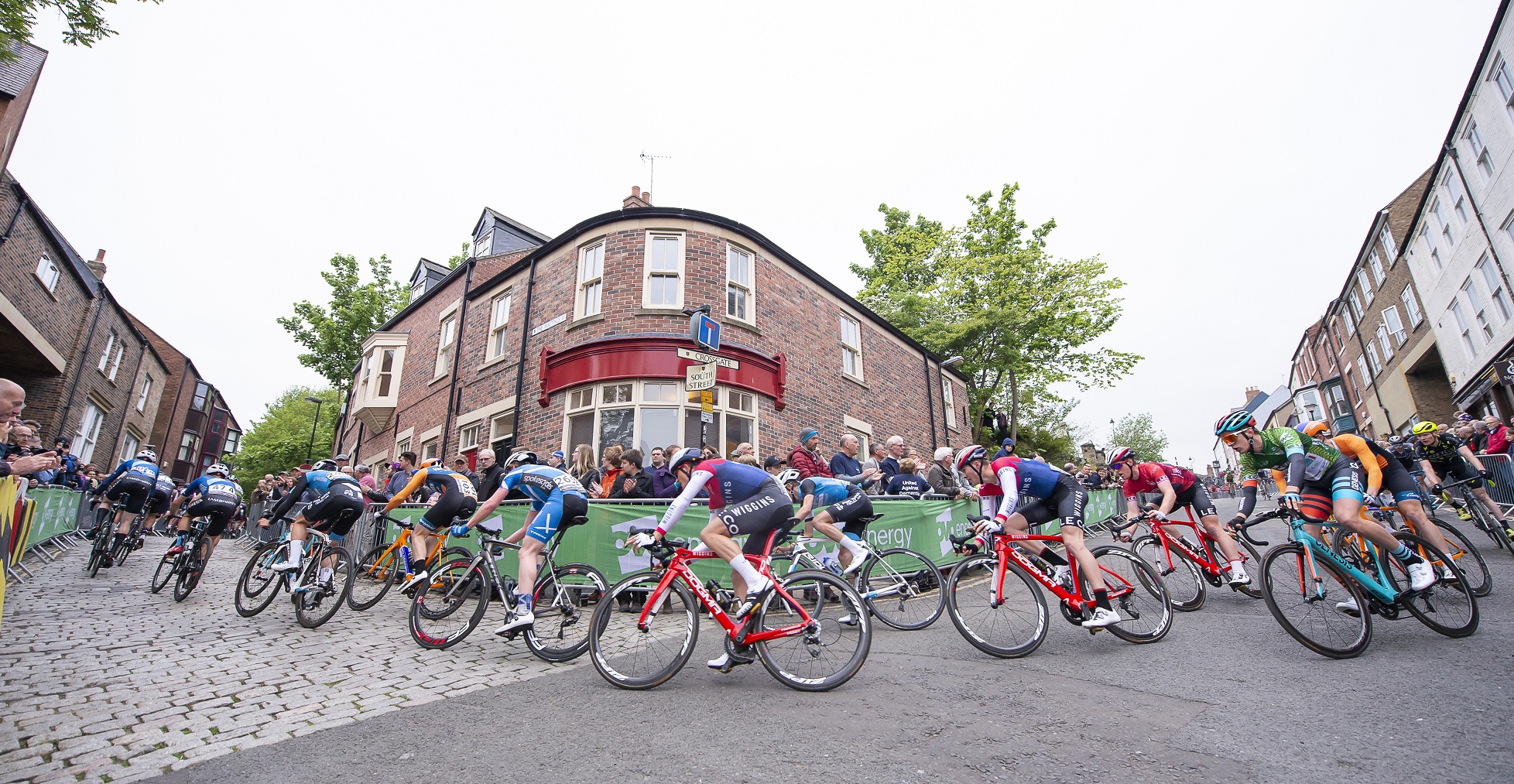 A pro-cyclist will be back racing on home turf when Durham hosts the eagerly awaited OVO Energy Tour Series for a record-breaking tenth time.

The North East’s own Scott Auld will be among the elite cyclists taking on the gruelling 1.4km circuit in the shadow of the city’s historic cathedral on Saturday, 18 May.

The series was launched in 2010 and Durham has been involved from the beginning, hosting more races than any other city with support from Durham County Council.

With its cobbled streets and a daunting 500m climb up South Street, the city is regarded as one of the most challenging rounds of the competition. Spectators can look forward to a thrilling afternoon and evening of sporting action as Britain’s top cyclists tussle it out for victory at speeds of up to 60kph.

As well as being unticketed and free to attend, the series is unique in the world of cycling, as the focus in both the men’s and women’s competition is on the teams, which battle for the overall title based on the performance of all five of their riders in each round.

Highlights will be screened on ITV4 and broadcast across the world. There will also be a range of community and cycling activities taking place in Durham on the day of the race to encourage people to take up the sport.

Scott, who rides for Ribble Pro Cycling, is looking forward to the challenge, especially as many friends and relatives from his hometown of Stockton will be cheering him on from the sidelines.

He said: “I always enjoy racing in local events as it’s a wonderful feeling to know my friends and family are there supporting me.

“Interest in cycling has increased massively in Britain over the last few years and it’s great to see professional races like the Tour Series taking place all over the country, inspiring a new generation of cyclists.”

The Tour Series is one of an unprecedented number of cultural and sporting events taking place this year. In recognition of this, Durham County Council and Visit County Durham have launched a campaign called #Durham19 to promote what is going on and to encourage communities to get involved.

Cllr Simon Henig, Leader of Durham County Council, said: “We are delighted to welcome the Tour Series back to Durham. It not only offers fantastic entertainment for all of the family but contributes hundreds of thousands of pounds to the county’s economy and promotes Durham to an international audience.”

Cllr Ossie Johnson, Cabinet member for culture, leisure and rural issues, added: “Events like the Tour Series are what #Durham19 is all about; creating unforgettable experiences for our communities and showcasing County Durham as the place to be in 2019 and beyond.”

Race director Mike Bennett said: “The technical and physical challenges the Durham circuit offers, combined with the city’s stunning historic backdrop, makes this a round we all look forward to.

“No other town or city has hosted the OVO Energy Tour Series more times than Durham; we are ever grateful of the support we have received from Durham County Council since 2010.”