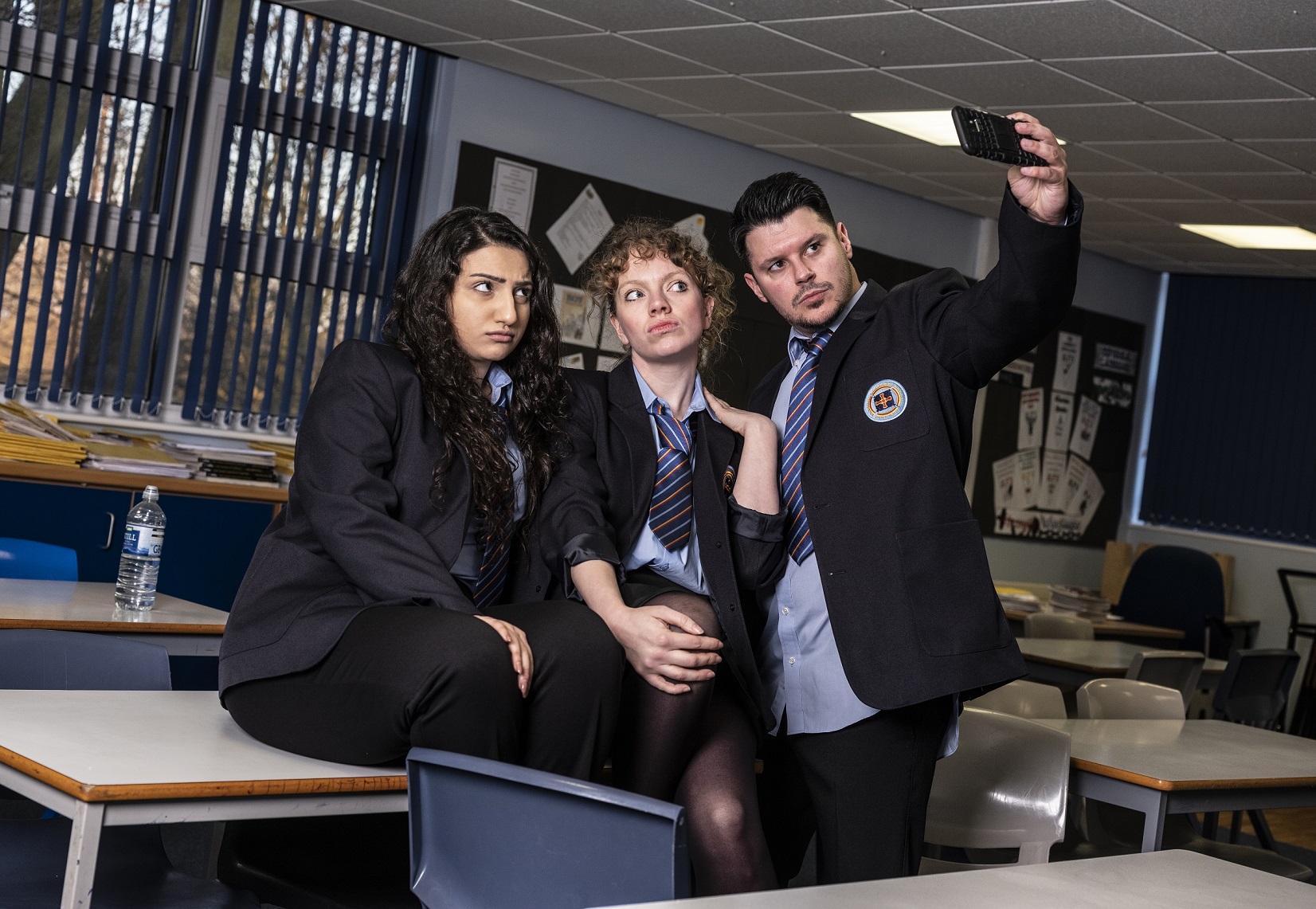 A hilarious and fastmoving comedy will transport theatre goers back to their school days this week.

Tickets are still available for the Gala Theatre’s latest production, Teechers, which runs at the Durham City venue from now until Saturday, May 11.

Written by acclaimed playwright John Godber, Teechers is a must-see show for anyone who has endured life in a modern secondary school and features many familiar characters; from the bully feared by staff and pupils alike, to the kid who always forgets his PE kit.

Just like the Gala’s productions of Educating Rita, Talking Heads and Two, the play is being produced, designed and directed in County Durham, and features talented North-East actors Sarah Boulter, Mahsa Hammat Bahary and Louis Roberts.

It also sees the return of director Tom Wright and theatre designer Hannah Sibai to the theatre following their success with Two last October.

This time around the pair are bringing to life a play within a play, following three school leavers as they rehearse and perform an end of term tribute about their time in secondary school. Focusing on an idealistic new teacher during his perilous first days at a local comprehensive school, the pupils’ play is based on their own drama teacher who ignites their passion for the stage.

Jo Cundall, arts programme manager at the Gala Theatre, said: “There’s a real sense of excitement here at the Gala at the moment. Teechers is such an energetic, fun and intelligent production and I’m sure it will strike a chord with so many people.

“Everyone involved is passionate about putting on the best possible show, so book your tickets now to avoid missing out.”

John Godber is the third most performed playwright in the UK, behind William Shakespeare and Alan Ayckbourn, and is renowned for his observational comedy. Written in 1984, Teechers is still thoroughly modern and as fresh and relevant as when it was first created.

Performances will be held at 7.30pm from Monday 6 to Saturday 11 May, apart from on Wednesday when the evening show starts at 6pm. Additional performances will also take place at 1pm on Tuesday and Thursday.