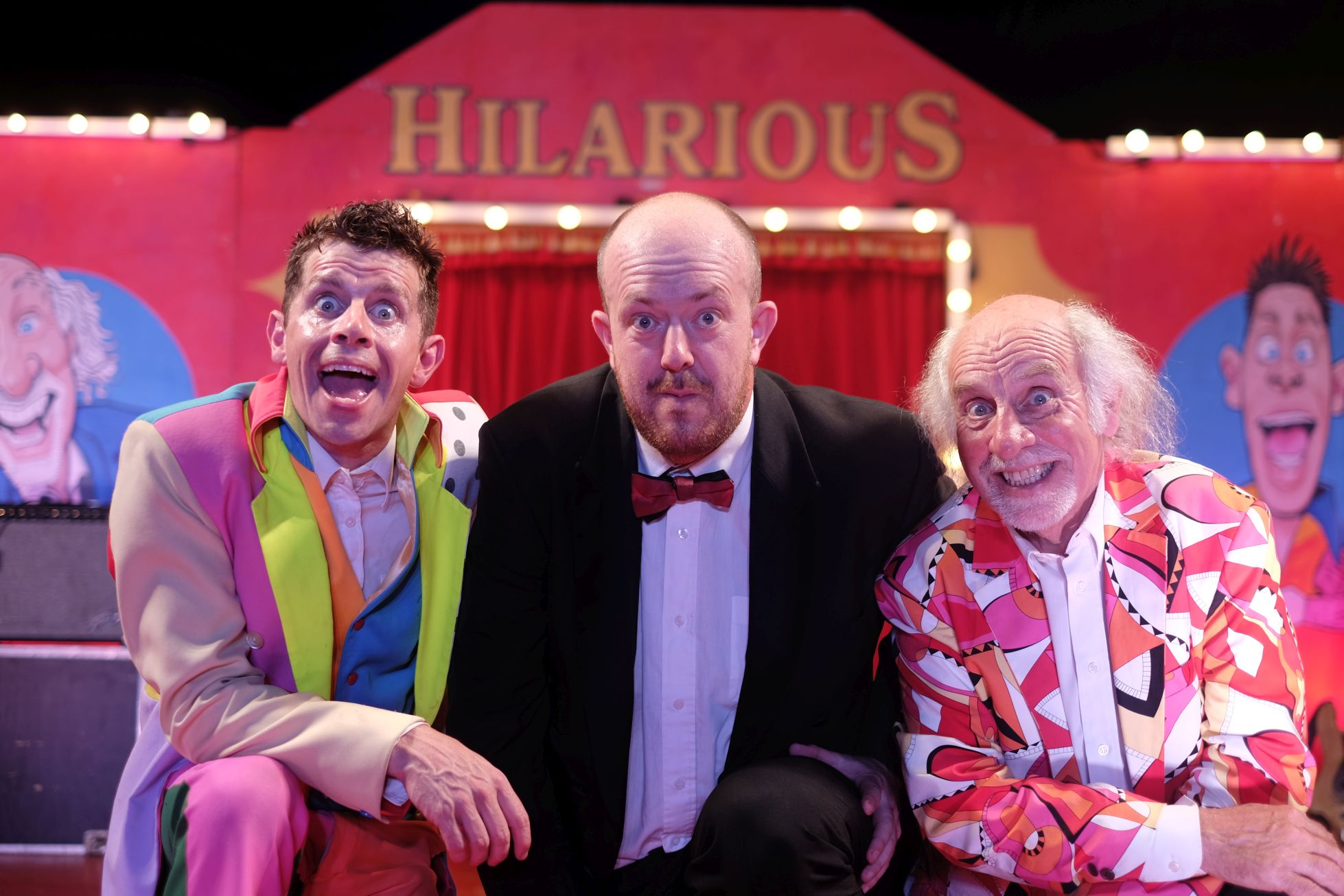 CCBC stars head to Seaham to kick off their summer tour

CBBC and Panto stars Danny Adams, brother Mick Potts and dad Clive Webb will be pitching up the big-top at Seaham next week to prepare for the start of their Midsummer Madness tour of the North East.

Star of ‘Danny and Mick!’, Danny Adams, will also show his daring side when he takes on a death-defying stunt made famous by Houdini, as part of the tour of Seaham, Corbridge and Tynemouth from July 27th – September 1st.

Danny will perform the notorious, and dangerous, milk churn escape trick, believed to have caused the death of a magician in India in June this year, during every show of the five-week long tour.

Danny will even treat media to a sneak-preview of the trick where he will have to hold his breath underwater for up to two minutes, escape his shackles and climb out of the large milk churn, which only measures approximately 45cm wide and 1 metre tall.

The team will be pitching up their big-top tent outside Seaham Leisure Centre and beginning rehearsals next week – so come and see the stunt in action, meet the trio and see the circus take shape!

3.) Mick Potts (brother and co-star of CBBC’s Danny and Mick!)